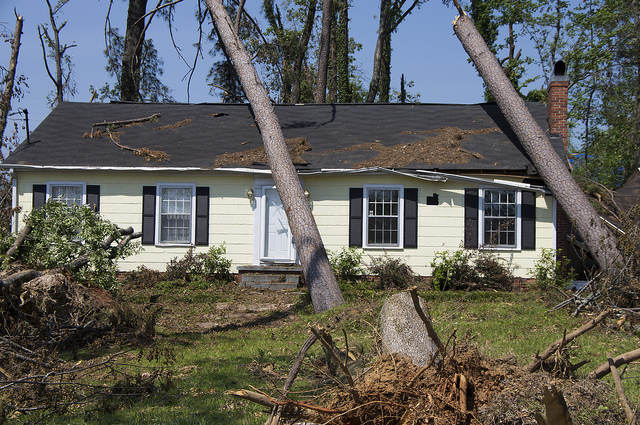 There are a lot of things that aren’t covered on a standard homeowners insurance policy, and it can be easy to overlook these coverage gaps or assume they’re included in your policy. Before shopping around for homeowners insurance, or even right before you’re about to sign the policy agreement, make sure you know exactly what’s included in your policy and what separate coverage you may need in your particular area of residence. These are some of the most commons gaps in coverage with a homeowner insurance policy:

Most natural disaster—floods, earthquakes and hurricanes to name a few—are not included in your standard homeowners insurance policy. If you live in an area prone to any of these “Acts of God, ” you can look into adding a separate policy to cover potential damages.

Damages accrued from acts of war, whether from a nuclear, biological or civil war, are generally not covered. Terrorist attacks are included in some states, but they are not necessarily guaranteed to be included in your policy. But, if you were interested, there is such a thing as War Risk Insurance, but it’s more commonly used for companies and industries with equipment that could be damaged by acts of war.

If you have any expensive jewelry or rare collectible items that were damaged or stolen, don’t assume you’ll get the total value of the items reimbursed. Most policies have a price cap on items such as these, sometimes only covering $1,000-1,500. Even if a certain amount of cash is damaged or stolen, there is no guarantee the full amount will be covered.

Termites are incredibly destructive. They eat wood and damage the structural integrity of your home and cause thousands of dollars in damage. And a majority of the time this damage is not covered by a homeowners insurance policy at all, as it’s considered neglect on behalf of the owner for not conducting proper maintenance and inspections of the property to prevent the damage. The same goes for mold.